It is our great privilege that God uses our Field Ministry Team to evangelize, disciple, and  support persecuted Christian converts throughout the Middle East and North Africa.

Our team members have witnessed and heard amazing miracles and years-long stories of faith journeys that seem impossible to navigate and remain faithful to Christ. Many times, our team is reminded of God’s strength, provision and grace as we hear about escapes from persecution that only God could orchestrate.

Previously, we’ve told you about Muhammad, an ISIS leader known as the “Prince of ISIS” who came to faith in Jesus Christ. We shared a short video with you on Youtube, and we shared further context and details of his story with you recently.

A short time ago, Joshua Youssef, president of Help The Persecuted, sat down with our brother Muhammad to learn more about his journey to faith, the miraculous dreams Jesus used to communicate with him, and the joy of the Lord he experiences today.

We hear many stories from Christian converts in the Middle East, and they often share a common element—God uses a dream, or even a vision during the day, to reveal Himself to hearts that seek Truth. As it is with Muhammad, God used a vegetable seller, a Christian friend, our local team leader Amin and a dream to bring salvation into his heart.

It wasn’t long until Muhammad accepted Christ, gained steady employment working construction and began making a life for himself. In the years that followed, he married, and the couple longed to have children but weren’t successful. Muhammad asked Amin to pray for he and his wife to have a child. Later that night, Amin sent a message to Muhammad telling him that the whole church, and even neighboring churches, were praying for the couple.

Around midnight, Muhammad awakened and saw something resembling a man, only lighter and brighter. The man said, “Ask me what you want.” Muhammad replied, “I want a son.” And the man disappeared.

Muhammad was shaken and emotional. He couldn’t return to sleep so he remained awake, praying and sobbing. At 6 a.m. a member of the church called and told him, “I had a dream about Jesus, and Jesus said to me that you will have a boy.”

Muhammad wanted so badly for his vision and his friend’s phone call to be God’s prophecy. So, he went out and purchased a pregnancy test. When he returned, and his wife took the test, the result was positive. Even more than before, Muhammad and his wife celebrated God’s favor in their life and the expectation of a little one. Nine months later, Muhammad and his wife held in their arms the son that their hearts’ desired. What a beautiful picture of God’s mercy and grace in blessing this man who once killed in the name of Allah.

Your Support Made a Difference to Muhammad

Muhammad’s testimony reads like a drama meant for the big screen. But this is his real life. This is how God works in the lives of men and women in the Middle East—with dreams, with unexpected gifts, with strangers becoming friends.

Our team members, like Amin, are strategically positioned in countries hostile to the Gospel for these very reasons: To minister to Christian converts, disciple new believers, and provide essential means for Jesus-followers.

When our CEO recently asked Muhammad about the support you gave him through Help The Persecuted, he said that when he was unable to provide basic needs for himself—clothing, shelter, food—our team came alongside and lifted him up, pushed him forward toward a productive, ministerial life. To him, Help The Persecuted is the living image of Jesus on Earth. Had we not intervened, he may have become a victim of a radical’s bullet. “If it wasn’t for you, I wouldn’t be able to see my family grow. Your support came at the right time,” he shared.

Today, Muhammad—like many—is struggling to provide for his family in the current economic climate in the Middle East. As a construction worker, his jobs come and go, and there is not much work these days. He and Amin have remained close and become very good friends. They attend the same church and lead a Bible study together—they have become real brothers in Christ! This is the kind of friendship that only God can author—the bringing together of a man sworn to kill and a man promised to lead others to Eternal Life. Muhammad went from planning Amin’s murder to being close friends, leading together in church.

It’s your support that fuels our team to walk alongside former extremists, radicals and Christian converts as they come to discover the God of grace and peace. Support the persecuted with your gift today. 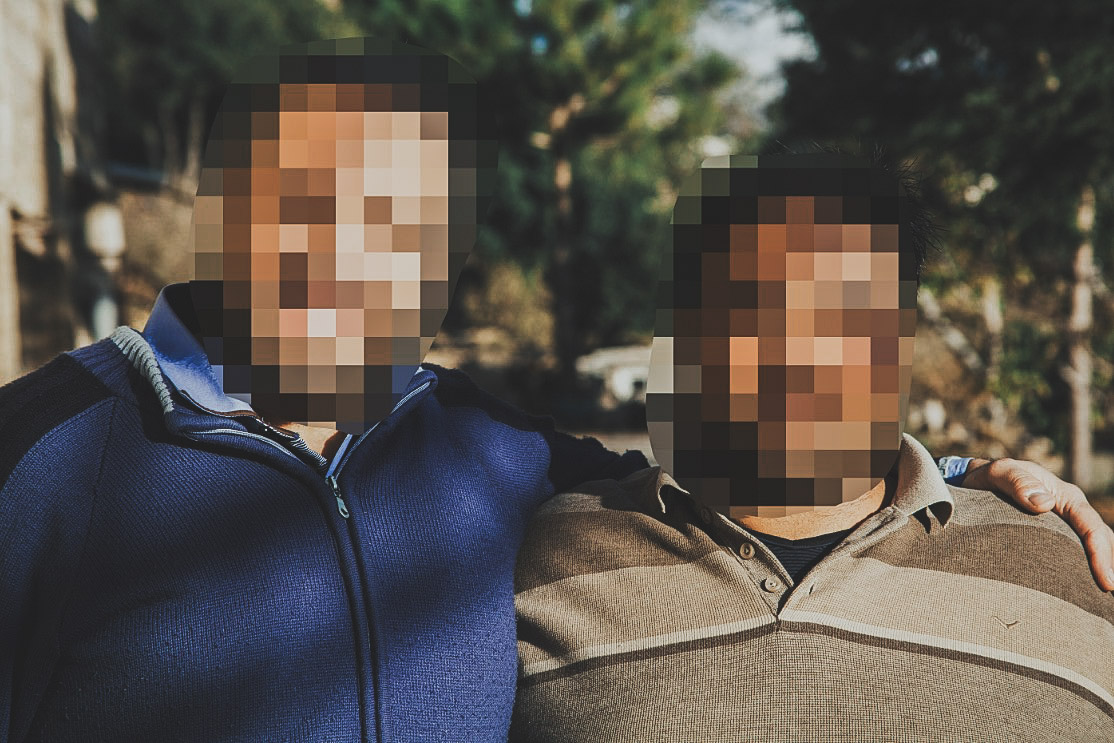